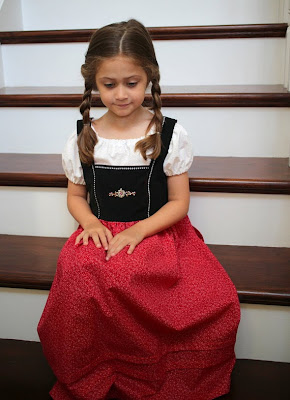 We have added some lovely new pioneer dresses: 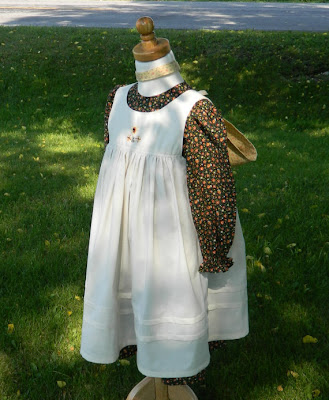 As well as some adorable lederhosen: 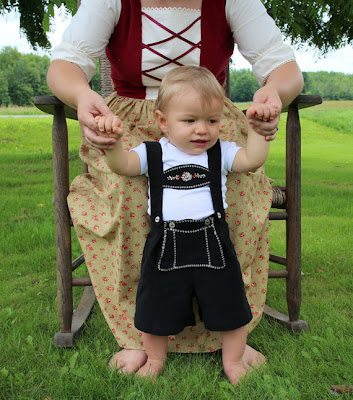 We also have some lovely summer dresses "Ready to Ship" that are also available for customer ordering: 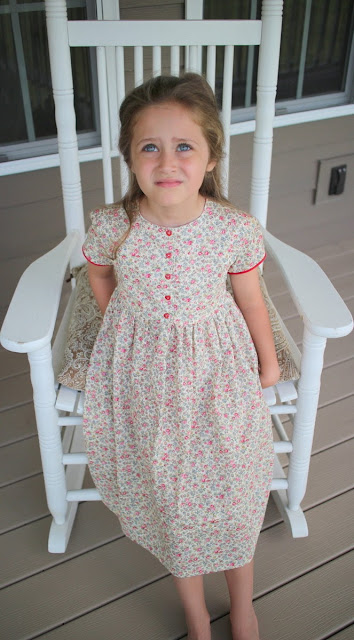 Posted by The Scarlet Thread at 6:23 AM No comments:

We are offering a jumper and baby dress today for free. Please just email us, or comment on this post. The first to ask will receive the dress requested. As dresses are taken I will make an addition to this post to let everyone know which dresses are still available. 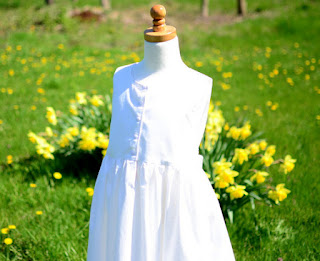 * Jumper is no longer available.
The jumper above is a size 6/7. The length from shoulder to hem is 35" and the finished chest measurement is 30". 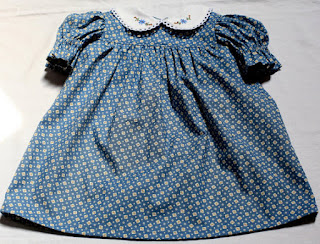 *Baby dress no longer available.
This baby dress is a size 12 months. The finished length from shoulder to hem is 18".

We look forward to hearing from anyone interested in these items. : )
Posted by The Scarlet Thread at 5:15 AM 2 comments: 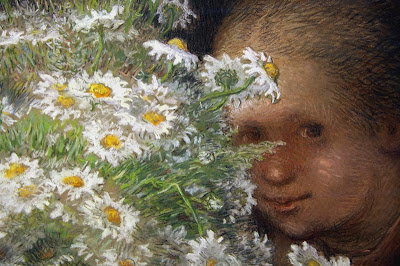 Thy Word is like a garden, Lord, with flowers bright and fair;
And everyone who seeks may pluck a lovely cluster there.
Thy Word is like a deep, deep mine; and jewels rich and rare
Are hidden in its mighty depths for every searcher there.

Thy Word is like a starry host: a thousand rays of light
Are seen to guide the traveler and make his pathway bright.
Thy Word is like an armory, where soldiers may repair;
And find, for life’s long battle day, all needful weapons there.

Oh, may I love Thy precious Word, may I explore the mine,
May I its fragrant flowers glean, may light upon me shine!
Oh, may I find my armor there! Thy Word my trusty sword,
I’ll learn to fight with every foe the battle of the Lord.

"Your Words were found, and I ate them, and Your word was to me the joy and rejoicing of my heart."  Jeremiah 15:16

"Put on salvation as your helmet, and take the sword of the Spirit, which is the word of God." Ephesian 6:17 "How do you solve a problem like Maria?" A problem?

If she only knew-- Maria von Trapp’s life continues to be a blessing to countless people around the world. Her beautiful life story still brings joy and pleasure to many through dance productions and plays, as well as providing our family with sewing opportunities! The rippling effect of one life lived for God is amazing. We have always been inspired by the creativity and imagination of Maria von Trapp and her family; their beautiful music, self-sufficient life style, and their way of dress.

Over the years we have enjoyed sewing clothes that have a European flair. A couple of years ago we began selling a dress that we named in honor of Maria von Trapp- Maria’s Austrian Floral Dress. Since first introducing this dress we have sewn several for different heritage days events, Oktoberfest and even school productions of “The Sound of Music”. 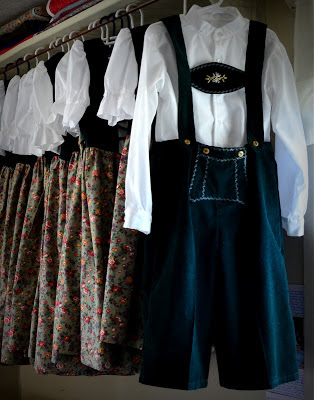 This past December we were contacted by a dance studio with a request to sew 19 of our Maria’s Austrian dresses, 19 pairs of bloomers and two lederhosen with shirt sets. The dance studio was planning to perform a dance production to the music from “The Sound of Music”. We were thrilled with the opportunity!

We had never created lederhosen before but it was something we had wanted to sew for quite some time. My mother sewed a prototype, with great success! Then she moved on to sewing the two sets for the dance studio. I thought they turned out really well. As a side note- we will soon be offering lederhosen in our Etsy shop. 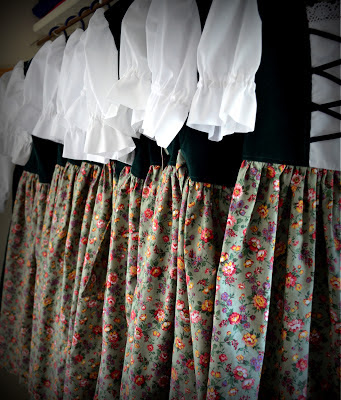 My mother did the majority of sewing, but my sister and I helped out by sewing all of the bloomers. Yesterday, as we finished up the last of the order, we listened to the soundtrack from “The Sound of Music” and imagined how sweet all 21 children will look dancing to the beautiful music! We are so grateful that the LORD blessed us with this opportunity and for the beautiful life example of Maria von Trapp.
Posted by The Scarlet Thread at 4:43 PM 3 comments: 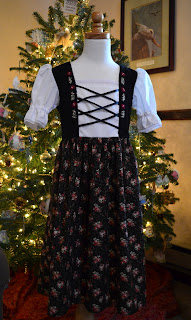 It was Christmas Eve in the Austrian Alps. At the newly constructed of in Oberndorf, a Tyrol village near , Father Joseph Mohr prepared for the midnight service. He was distraught because the church organ was broken, ruining prospects for that evening’s carefully planned music. But Father Joseph was about to learn that our problems are God’s opportunities, that the LORD causes all things to work together for good to those who love Him. It came into Father Joseph’s mind to write a new song, one that could be sung without the organ. Hastily, he wrote the words, “Silent night, holy night, all is calm, all is bright…” Taking the text to his organist Franz Gruber, he explained the situation and asked Franz to compose a simple tune.

That night, December 24, 1818, “Silent Night” was sung for the first time as a duet accompanied by a guitar at the aptly named in Oberdorf.

Shortly afterward, as Karl Mauracher came to repair the organ, he heard about the near-disaster on Christmas Eve. Acquiring a copy of the text and tune, he spread the hymn throughout the Alpine region of , referring to it as “Trioler Volkslied.”

The song came to the attention of the Strasser family, makers of chamois-skin gloves. To drum up business at various fairs and festivals, the four Strasser children would sing in front of their parents’ booth. Like the Von Trapp children a century later, they became popular folk singers throughout the .

When the children- Caroline, Joseph, Andreas, and Amalie- began singing “Trioler Volkslied” at their performances, audiences were charmed. It seemed perfect for the snow-clad region and perfect for the Christian heart. “Silent Night” even came to the attention of the king and queen, and the Strasser children were asked to give a royal performance, assuring the carol’s fame.

“Silent Night” was first published for the congregational singing in 1838 in the German hymnbook Katholisches Gesang- und Gebetbuch fur den offentlichen and hauslichen Gottesdienst zunachst zum Gebrauche der katholischen Gereinden im Konigreiche Sachsen. It was used in by German-speaking congregations, then appeared in its current English form in a book of Sunday school songs in 1863.

Were in not for a broken organ, there never would have been a “Silent Night.”

From “Come Let Us Adore Him” by Robert J. Morgan

Dress shown above is now available through our Etsy shop.
Posted by The Scarlet Thread at 12:45 PM 4 comments: 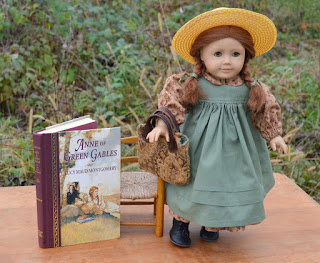 Throughout our homeschool years my mother always instilled in us a love of classic literature and history. I remember many cozy evenings when we would all gather together and mom would read aloud. The stories made history come alive, and to this day I love reading historical fiction. 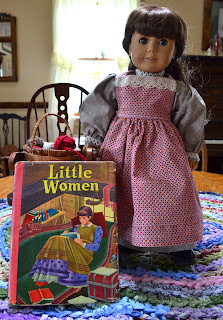 When I was twelve I read “Little Women” for the first time. I was completely enthralled and could not put the book down. Not only was “Little Women” an enjoyable story it was a story of real life challenges- as relevant today as when first written. I guess that is something I really appreciate about classic literature. Authors seemed to be able to weave character building qualities into each of their wonderful stories. 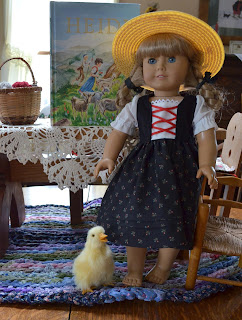 Looking back I can see just how important it is to introduce children to classics. As youngsters are not always able to read a classic book on their own, a great introduction is to read a book aloud together as a family; and for the little girl in your family perhaps a doll outfit would help make that story come alive. 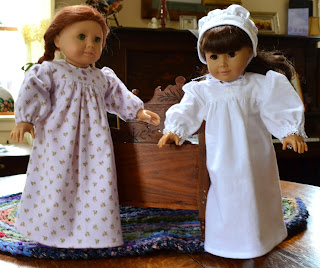 My mother, sisters and I have had fun finding vintage books and sewing a new line of doll clothes inspired by classic books. Please be sure to check them out here.

Little House Give Away

Congratulations Ellen! You have won the "Little House" give away. : ) Please send me an email at info(at)taylorsscarletthread.com with your mailing address and I will send you your prize this week.
Posted by The Scarlet Thread at 12:33 PM No comments: 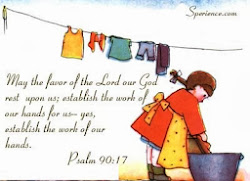 The Scarlet Thread on Etsy 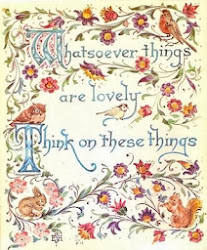 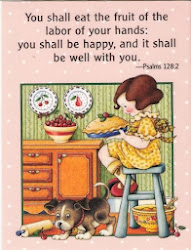 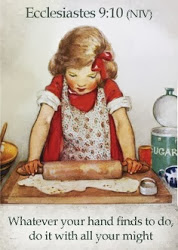 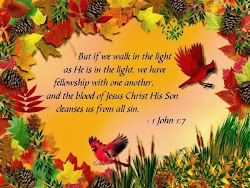 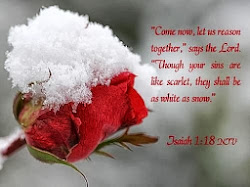 1 John 1:7 "But if we walk in the light, as He is in the light, we have fellowship with one another, and the blood of Jesus, His Son, purifies us from all sin. " 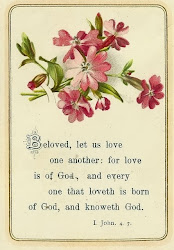